Get in touch with us

Get a Free Quote

Please leave your contact details & a member of our team will be in touch with you ASAP.

Things to Know About Gas Piping

Plumbing Services in Sydney, NSWBlogPlumbingThings to Know About Gas Piping 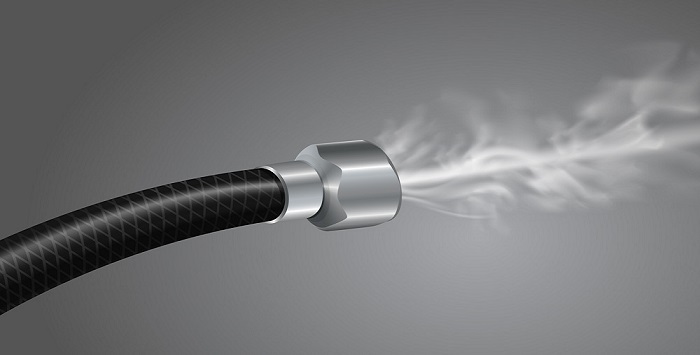 Everything You Need to Know about Gas Piping

Natural gas is amongst one of the most cost-effective and powerful fuels for a furnace or boiler. With its benefits come questions about protection and obligations for homeowners.

It is your duty as a home inspector to assist in identifying defects that can jeopardise the safety of occupants of natural gas-powered homes.

In this blog, we have assembled a list of things you need to know when dealing with gas piping.

The gas supply line, also known as the building line, is the piping that runs across the property. Branch lines serve personal appliances. The branch line then ends in a drop line, a vertical pipe that drops down from an overhead branch line to the machine.

If it brings gas up to an appliance from a branch line below the apparatus, it’s called a riser.

A sediment trap or dirt pocket also referred to as a drip leg, is typically present at the appliance connection point and consists of a nipple and a cap.

This pipe extension, which is generally at least 3 inches long, is designed to trap any water or foreign material present in the gas before it enters the appliance. The solids and liquids fall into the bag, which is essentially a gravity device.

Copper, steel, and brass are the most popular materials for gas piping. In some cases, copper, galvanised steel, brass, or CSST (Corrugated Stainless Steel Tubing) can be used, but some utilities prohibit copper. Copper is commonly used in other parts of the world.

You should be aware of what is considered appropriate in your region. Black steel piping with malleable iron or steel fittings is popular. In some instances, galvanised steel is also used.

Appliances can be attached to gas piping using flexible connectors. Then a shut-off valve must be mounted at the rigid piping link. This valve must be located in the same area as the appliance.

The flexible connectors can’t penetrate through walls, floors or ceilings, nor can they be concealed. The adjustable connector length is usually limited to about three feet except for cloth dryers and gas ranges. For these types of appliances, generally, six feet is allowed.

Using nipples to splice or join connectors is often prohibited. Flexible connectors are only permitted in some jurisdictions for gas ranges, dryers, outdoor barbecues, and other semi-portable appliances.

Flexible connectors can be prohibited on gas furnaces, water heaters, space heaters, and other appliances. Flexible connectors are probably used on all types of instruments in earthquake-prone areas since they have some defense against gas piping leakage or rupture during an earthquake. To find out things that are and aren’t permitted in your region, consult your local gas code.

The use of white thread seal tape (commonly referred to as Teflon tape) as a joining compound for steel gas piping is not recommended. Cutting oils on the pipe threads from the manufacturing process can prevent the tape from sealing.

Yellow thread seal tape is permitted in some regions. Pipe dope is preferred and could be the only alternative available. However, you might want to cross-check with the gas company. Inquire about whether any piping installations with thread seal tape of any colour should be identified as a defect.

This is often accomplished by connecting the gas piping to the supply water piping (assuming it is grounded) near the water heater.

We want to hold the gas piping at zero electrical potential by bonding it to the grounding device to avoid a potential electrical accumulation that could lead to arcing, which could ignite the gas.

Customer Rated 5/5 based on 28 Reviews